Republicans Have Nothing To Offer Except Hate and Fear

Republicans Have Nothing To Offer Except Hate and Fear.

Recently while spanning my newsfeed, something jumped out at me about the Republican Party. Republicans have nothing to offer except hate and fear. As a matter of fact, it's been this way since the 1980s. 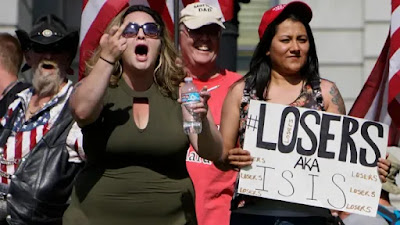 The only two ideas I have ever seen come from the GOP are tax cuts and deregulation. It's true. We are officially in an election season now and in this writers view the Republicans have nothing to offer the American people. It's been 40 years, and all they have ever done is cut taxes for the rich and allow Corporations to run roughshod over our environment with deregulation. None of the above has ever helped the average working class person here in the United States.

That's an issue. Reagan came along and slew the Labor Unions, and to this day they have not recovered. In doing so, America's once vibrant middle class was destroyed. That's not the only thing Reagan did. Aside from having no ideas other than cutting taxes and deregulation Republicans stay in power through two mechanisms hate and fear. When I think back to Reagan, I remember him telling us we need to be angry. That we needed to hate black people because of their taking all of our tax dollars by being on welfare. He invented the " Welfare Queen."

Republicans and their media echo chamber Fox's News have painted a picture of well to do black folks just sitting around collecting unemployment checks and food stamps. It was a lie, a myth, but it worked. Just like Trump today Reagan worked his base into a frenzy until they were foaming at the mouth. The Republican base was in fear of their livelihoods. By doing so, he[Reagan] got people to vote Republican even though they had nothing to offer.

George W Bush though, he spoke a great game about Muslims, did not demonize them in his speeches and in his talks. What did he do? He got the Republican base to hate Muslims through his war on terror. Now, I hear Republicans make the argument that he did not say " go hate Muslims." That he was very clear to separate the people who did nine 11 and the bad guys over in Afghanistan and Iraq from the everyday Muslim.

I remember well this to be true; however, his efforts failed. The Republicans and their deep-pocketed donors wanted those oilfields and fear, and hate was the order of the day. Bush knew it! We have the Christian Right leaders telling us Islam is a religion of hate.  Fox News has been spinning this lie for decades. What they're doing with representative Omar is sickening, and they're doing it because she is a Muslim. So, in spite of offering nothing but endless war and tax cuts he wins reelection.

He's cutting taxes. He is deregulating, and he's getting his base to hate a new group of people. The others. Immigrants! They're the bad guys. First, it was the black people then it was the Muslims. Now, it's the Hispanics. You can bet your bottom dollar come general election time it will be Socialist and  Progressives. 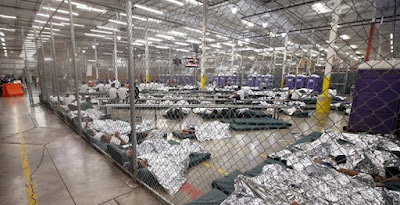