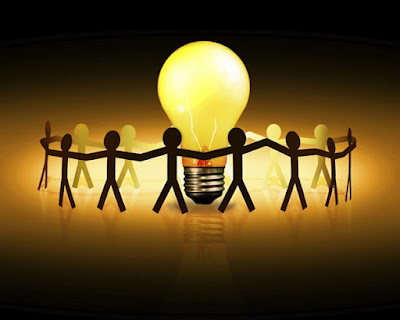 Have Americans lost their ability to be free thinkers? Is free thought becoming extinct in America? Tribalism is running wild in America today. Moreover, it has become a key component in social control. The goal is to put everybody in a tribe that works to shut down their self-identity. In many ways, it defines a person.

If it were not for tribalism people would not be put into these assorted boxes. We would all be who we are. We would see many different perspectives on a spectrum of issues. Progressivism versus Conservatism for example. We should have a society that promotes these individualities which foster diversity. More creativity, more ideas, more free-flowing discourse in our politics.

However, what we got is a top-down demand to get back into your box fall in line. Will any blue do ring a bell? Get back to your tribe you belong too. Don't step aside from the bounds now or we will chastise you. Color inside the lines no abstract art is allowed. Follow the rules of your tribe or get spanked.

If your Gay you must be a progressive, you can't be conservative. If you're a scientist you can't believe anything that steps outside your sensibilities and have faith in GOD. These are but a few examples but in every case, you have a set of guidelines that are prescribed and ordered by your peers. Especially in the present with social media, there is ever increasing social pressure to conform to the tribe. If you consider yourself to be progressive, you can't agree with anything Donald Trump does or you will be booted from the group and blocked on Facebook for example. The demand that we all conform to these ever-growing tribes comes from the top. What we have instead of trickle down economics which doesn't work. We have trickled down social engineering which does.

This is all enforced by social pressure. It feeds on every single human being desire to belong. All of us, for the most part, have a desire to be part of something in this world. The fear of being isolated and alone is a strong one. There have been studies conducted by Social Psychologist that social pressure is the most determining factor on what people deem to be true or false. [See Source]

People will go along with the tribe and the social pressure even if it contradicts what they see or feel. Studies have shown that people will expel direct evidence in front of them with the narratives of the tribe. Tribalism is a very powerful and destructive force working like cancer through the American people and you can see it unfold daily in our public discourse.


Tribalism is Being Used As A Weapon by The Powers That Be!

It is a weapon for social debasement and engineering. What is the end goal? Social Control. Mostly for political control and it all starts by dividing people. Therefore, politics matters in our view in the House of Public Discourse. Where better than to gain control of a myriad of segments in our society than from controlling elected officials. It has happened before, and therefore history is repeating itself.


The aftereffect of this is to keep humanity down in its place. The goal is to suppress free thought plain and simple. There has been a concerted effort to dumb down our society to subdue freedom of expression and personal creativity. This is not a coincidence this is by design. Humanity is intentionally being kept down in our box and you better not step out of it.

Mass Corporate Media and other devices are working to create a battlefield of the minds in America and across the globe. These forces work to try and distort our logic and good common sense. It's the largest physiological test ever conducted, and the scope and scale are beyond what the average person can imagine.


The goal is to prevent people from thinking and stepping outside the tribal box.

However, if anything of value came out of 2016 people are waking up to the corruption and decline of our country much of it due to tribalism. We here in the House of Public Discourse are attempting to assist those in recognizing that we all must look and step outside of these ersatz lines they [ Globalist & Socialist Engineers] have herded us all into. The most dangerous threat to the Global Elitist and political establishments is the American people waking from this voodoo spell of tribalism we have been under for decades now in America. These powers that be are threatened by the true freedom of speech, expression, will, and finally thought.

The House of Public Discourse would encourage each person to step out of their boxes and explore all that you are capable of being. It's time to cast aside the pangs of " Party Identification" in the realm of politics and start supporting those who promote free public supported healthcare and education. We need to all become public advocates to demand that our elected officials represent the people instead of private special interest. " Free Thinkers" should not cast one vote for a politician who does not support overturning Citizen's United. We should throw out every politician who will not support the doing away with the regime change Imperialist foreign policy. In this writer’s view, I see more and more people awakening but sadly too many still confined to their tribal box. There is no doubt in my mind that the political establishment of both parties and their deep-pocketed paymasters would like to see “Free Thought" become extinct. Let's all help one another and overcome this plan to herd us all up in a tribal box. If not, Free Thought will become extinct in America. While writing this article I was reminded of an old-school Teddy Pendergrass song. Wake Up, Everybody!