The Repackaging Of The Fascist Playbook 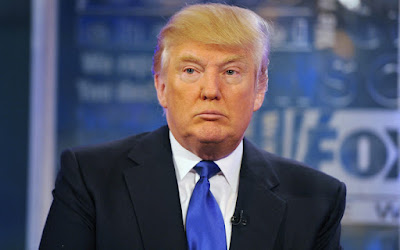 
There seems to be a growing reality concerning the Libertarian and Tea Party movements in this country and can best be summed up in a phrase, “conspiracy nut balls.” While claiming to be all about freedom and liberty, any fair evaluation of their agenda tells a much deeper and darker story. These groups seem to stay up nights trying to erode our civil right to live a quality life. Moreover, their platform would have us barely existing, languishing in debt. They have been successful in many regions of this nation, through their highly funded media echo chambers, at taking away many of our social protections and denying the American people the social justice We The People have fought so hard for over the years.

For example, politicians like former Texas Senator Ron Paul and his son Senator Rand Paul (R-Ky), backed by special interest groups funded by the likes of the Koch Brothers, have executed a media campaign to distort and diminish public support for fair social safety net programs. Their delusional anti-government claims of socialism, among others, have deceived and scared and convinced droves of people into believing their government is out to get them and is something much less than  "of, by, and for the people.”

We The People Are The Government.

Not just the wealthy, perfectly healthy, spoiled easy-come trust fund successful entrepreneurs. The Tea Party and Libertarian movements in this country amount to nothing more than Social Darwinism. Their agenda is plutocracy. They demonize government as evil. They demonize groups of citizens with the intent to divide and conquer. All in all, this is nothing more than the repackaging of the Fascist playbook. Just like we saw in the late 1930’s and early 1940’s. With unconstitutional overreach by the Judicial branch, which upheld the claim money as free speech and corporate person-hood, we have seen this type behavior before from the Anarcho-Capitalist Corporatism of Nazi Germany.

In these modern times, we see advocates and pundits like Ron Paul, Alex Jones, Sean Hannity, Rush Limbaugh, and Lou Dobbs put on their Joseph Goebbels mask spewing all sorts of conspiracy propaganda lies against all types of groups and minorities. All  these people are doing is propagating the desires of the wealthiest people in our country and the world like the Koch Brothers. These reckless capitalist want nothing more than to have all forms of regulation out of their midst. Just like the Nazi, they disdain the chronically ill, poor, disabled and out of work Americans. They embrace voter suppression laws for they know their leverage goes up if the voter turnouts are low. Disabled, welfare poor people are nothing more than parasites that should do nothing more than fend for themselves.

In today’s society, the Nazi propaganda takes the form from the pamphlets of old to conspiracy websites, radio talk shows, cable news and now social media Facebook pages. Just like in Nazi Germany, in the 1930’s and 40’s, we see the demoralization of vast segments of our citizenry. The Tea Party crowd, as well as the so-called Libertarians, have blamed people’s economic despair on everything but their failed austerity policies. Groups like liberals, socialist, immigrants, freemasons, minorities have all been targeted.

The Tea Party, GOP and the Libertarians know their agenda is a minority viewpoint. Just like in Germany, they understand they have no shot of gaining influence in a unified America. They understand that their only chance of getting their platform in practice is to cause a polarization of the American people. By using prejudice and institutional racism as their weapons, they have attempted and with much success to split this country into small groups just like the Nazi did in WWII Europe.

We The People must realize that this massively funded propaganda attack has a purpose. 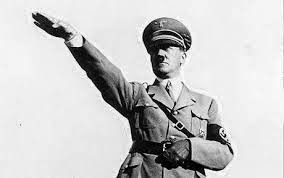 Who stands to benefit from this propaganda? Is it the middle-class? Is it the moderate and working poor? No, it’s the corporations and the elitist who need We The People out of their business so they can run their enterprise to the detriment of our environment, our workforce, all in the name of capitalism and the free markets. This is not a classroom theory this is history repeating itself.  The right-wing, the Libertarians, the Tea Party are using Social Darwinism to demonize and separate groups for the purpose of demonizing them as threats to our country,our culture, our society as threats to our free markets and democracy. It’s scapegoating 101. Just like the Nazi Party, these radical modern-day organizations have waged a war against equality of the person. They don’t want free healthcare for all. They don’t want a good free public education to survive. They have cut programs to the poor, sick, veterans of wars, taxed the middle class while giving huge tax breaks to the upper one percent. These are not theories they are facts. Moreover, they have ostracized groups who have tried to help these segments of our population. Calling them socialists, communists, and have turned the word "liberals" into a pejorative. Name calling is their forte  which they have made into a science.

Don’t Be Swindled By The Hype

Many fell prey to this rhetoric just as many have bought into it hook, line and sinker today in America. Hitler needed suckers as do the Koch Brothers and what better way than to revisit the tactics of a madman who for a time had all of Europe at his feet. They need people to do lots of hard work for cheap and shunned the unions and have fought against the massive inequality that has come to pass in present day America. Matter of fact, it was Unions and Organized labor that were the biggest enemies to the Nazis and  to the Ron Paul’s of this present day. Organized labor demanded fair pay and safe working conditions and other worker benefits. The Tea Party and Libertarians require no minimum wage, no regulation and desire a desperate under-educated demoralized worker.

All the mindless sheep followers of the Tea Party and Libertarians are, is the Aryan Nazis of yesteryear. The Koch Brothers, and others like them, with their Americans for Prosperity, Citizens United, Cato Institute, all born from the John Birch Society genre, have systematically distorted the real facts, and replaced them with lies for decades now.

They abolish the truth by attacking it. They claim it's one big government scheme to take your rights away. Then they create a false reality. Then they tell you what you hear in traditional historical mainstream media and other educational sources is propaganda. The old ” bait and switch.” It's ” Big Brother,” coming to get you. Conspiracy, to hide the truth, planned lies to confuse and deceive us all.

There has been a game-plan with a playbook for decades, now.

This game-plan and subsequent playbook, are their way of brainwashing people, to incite paranoid suspicion, and cause people to lose faith in traditional scientifically well-established academia. Their goal is to get you to question long-held views and realities, all of which have been drawn from easily verifiable accurate authorities in news, science and history.

The Tea Party and Libertarians are anti-intellectuals.

Hitler hated mainstream established knowledge, science, publicly funded schools and institutes of higher learning. He claimed they were bastions of Liberals, Communists, Zionists, and Socialists. Hitler ruled the German people with speeches of hate and lies that these groups were spies trying to deceive the real Aryan German. 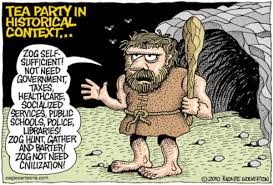 The Tea Party and their Libertarian counterparts have a similar hatred of historical record and facts. They highly question reality and facts. Scientists question reality by using inductive reasoning. But the Tea Party and Libertarians use deductive reasoning. This type of argument is surely not intellectual nor science in any manner. These organizations run on gut feelings based on misguided indoctrination, false assumptions, and faith in preconceived notions no matter their validity or not.

In Nazi Germany, the cost of higher education became so expensive that attendance at these colleges and universities fell some 50%.

One of the bigger topics, in present day America, is the high cost and the coinciding debt that is associated with getting a good education today. What better way to brainwash people with conspiracies, than to keep people dumb and too poor  to be able to get an affordable public education. Then hammer away in their Koch Brothers media echo chambers that getting a great education from public schools and universities is not needed cause there nothing more than enclaves of Socialism.

In this writer's viewpoint, the real conspiracy is the far-right's push against getting a college education and anti-intellectualism. Just last election cycle we saw this from radical presidential candidate Rick Santorum a Tea Party type of guy.

Just like Joseph Goebbels, who headed the Nazi propaganda machine, present day pundits like Alex Jones, Sean Hannity, Glenn Beck, and politicians like Ron Paul are making the same claims today as did Goebbels did in Nazi Germany. They claim that the two-party system is broken and, in fact, a scam. They even claim that traditional Republicans are not far-right enough for them and that all Democrats are nothing more than liberal socialists. Just like the Nazis, they hate any government-run or funded anything (except the military, of course).

The Tea Party and Libertarians hate government, they claim the IRS, welfare, regulations, taxes and the Federal Reserve and Keynesian economics are nothing more than socialist, communist plots. Fear-mongering is their order of the day and the base of their playbook. This is where all claims by these radical far-right groups of valuing freedom of speech, freedom of expression, equality and other liberties they defend and fight for fall apart when put under a close study. When you inductively and rationally examine their ideology, economics, and theories, you find a huge disconnect with what these do in practice.

In fact, in most cases, they inhibit and weaken and destroy these very liberties and freedoms. In this year there will be much debate on which direction America should take and this writer would suggest examining the issues to look at your motivations and why you think as you do and make an honest evaluation as to how you came to that view and most importantly participate because there are factions who do not want you to and are spending huge sums of money to discourage you from doing so. What we are seeing in practice  from the Tea Party, Libertarians, and the radical far-right Koch Brothers funded think tanks, is the repackaging of the Fascist playbook.