The TPP Trade Deal Is A Nightmare Come True

The TPP Trade Deal Is Worst Than We Thought! 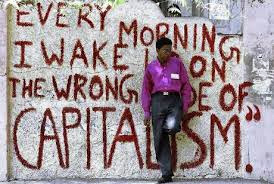 There was a time in America when what was good for American corporations was good for America. There was a time when American companies made everything here in the Untied States. Most of the money stayed in the United States. When American corporations grew, the economy grew, jobs increased, and the ‘American Dream’ was a possible reality for We The People.
Finally, the details of the Trans-Pacific Partnership trade deal commonly referred to as the TPP were released to the public. The TPP trade deal was made public by New Zealand. After, much secrecy and behind closed door negotiations the specifics of the TPP are out.
The TPP has been a very controversial political topic for several years now. There have been many voices proclaiming this trade deal to be nothing more than a corporate handout disguised as a trade agreement.
What we know now is the TPP is worst than we thought and quite frankly hideous.
The TPP is 2000 pages long and has 30 chapters. Only about a third of those pages deal with trade. The TPP is not ‘Free Trade.’ The major questions about this trade agreement are to whose benefit is the TPP geared. One must also realize that over 500 corporate lobbyists wrote the TPP. There was little input from the governments involved in this massive international trade deal.
Why do we have an economy? Why do governments go to the trouble of establishing a currency and establishing rules and regulations to govern those industries? We do these things for the benefit of society. To protect ‘We The People’ from illegal activity that harms our environment and the common welfare for all.
So, why is it important for America to be involved in international trade? Traditionally throughout America’s history global trade has made up about two percent of our nation’s GDP. However in modern times the need to be involved in international trade has become a crucial aspect of America’s overall economy.
Trade deals should be fashioned for the benefit of society. Effective international trade has provided Americans with all kinds of products we might not otherwise have access to. Like certain types of fruits, wines, and automobiles. Trade allows ‘We The People’ to have access to things to make our lives better and are for the common good. Trade deals should increase the quality of life for citizens.
International trade deals should not be fashioned so that Corporations can ship jobs overseas. In fact, in Colonial America it was against the law for American companies of that time to send jobs overseas. These laws governing international trade were written by Alexander Hamilton and became the law of the land under the George Washington administration. These laws were active until the Reagan administration.
Since Reagan, we have seen all our presidents from both political parties including Barack Obama support free trade. However, the TPP is not free trade. It is managed trade. The TPP is not regulated for the common good. It’s not regulated for the benefit of consumers. The TPP is not fashioned for the sake of the United States of America. This trade deal is not in the interest of the American workers.

The TPP has been designed for the corporations who wrote the trade agreement and who stand to profit from it.

What is apparent that these politicians who are in the hip pocket of the corporate lobby who wrote the TPP have not learned a lesson from past such deals or don’t care. Of the 28 free trade sell out Democrats in the House who voted for fast tracking the TPP 12 of them stated they voted for fast track because there was provision to protect the environment. These protections are not in the TPP. There are no currency rules in this nightmare trade deal. The ‘ Investor Settlement’ provisions are one of the most egregious parts of the TPP.
What this provision rule says if a corporation makes an investment in a country expecting to make a profit and that country enacts a law that hinders those profits the companies will be allowed to sue those countries. The travesty is the lawsuit would not be heard in those nation’s courts. The decision of the trial would be heard by a three judge tribunal made up of corporate lawyers.
What this means is countries can no longer make decisions about trade based on national security. America can no longer enact a tariff on products made in other countries because if we do the China corporation can sue the United States and if they win in the tribunal the damages will be paid by the American taxpayer.
What’s shocking the corporate owned media does not report this and when reporters like Ed Shultz formerly of MSNBC do they get replaced. The TPP is a nightmare come true.